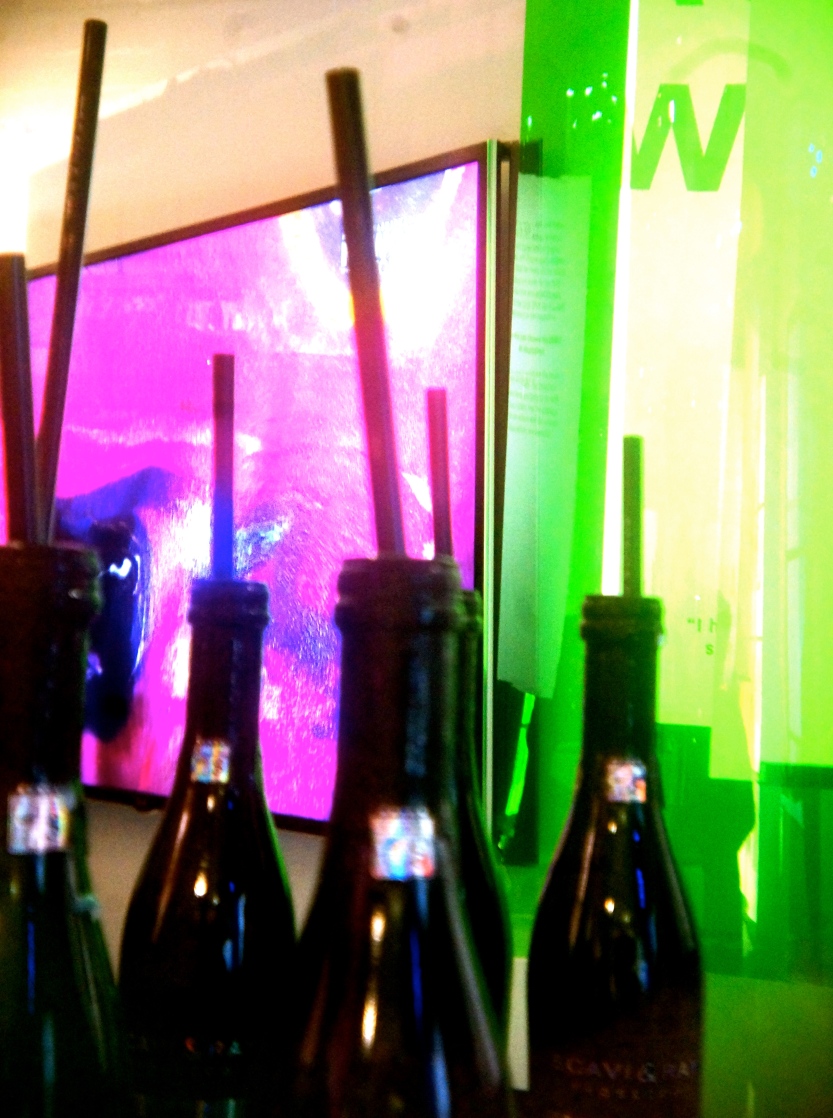 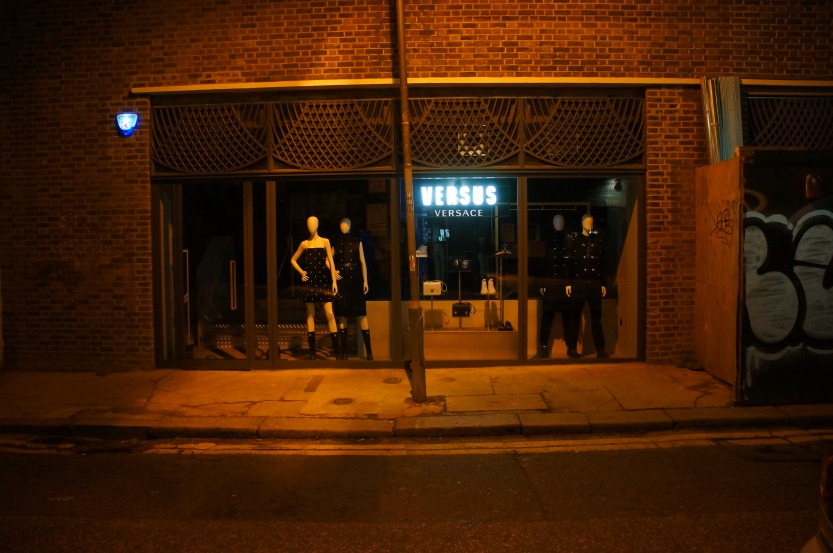 Versus.  Redchurch Street.  Opposite the HQ of Sean McClusky (1234 Records).

The Versus party is tonight.  I’m wearing an invisible cloak.  Or maybe some Obscure Rebellion: 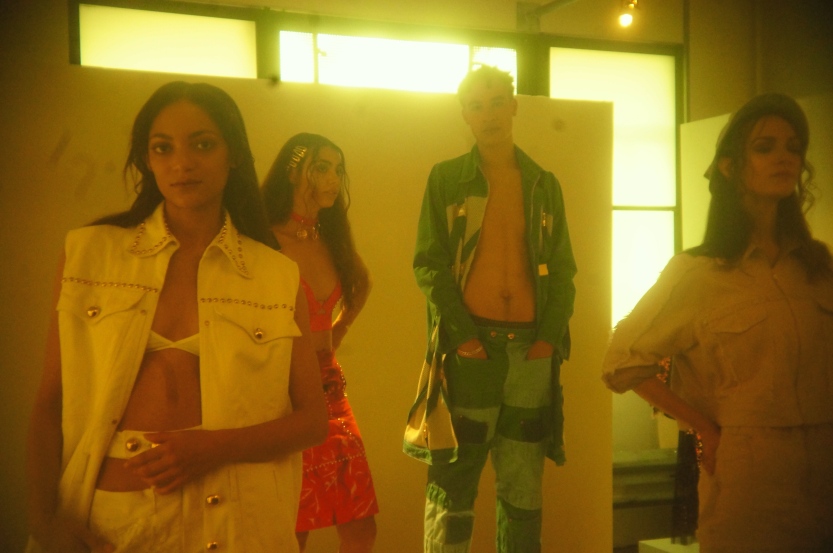 This year, fashion is regenerating Soho:  the British Fashion Council have taken over the car park in Brewer Street.  You can almost smell the patina of 90s raves, and Soho sex.  Plus Diptyque, obvz… 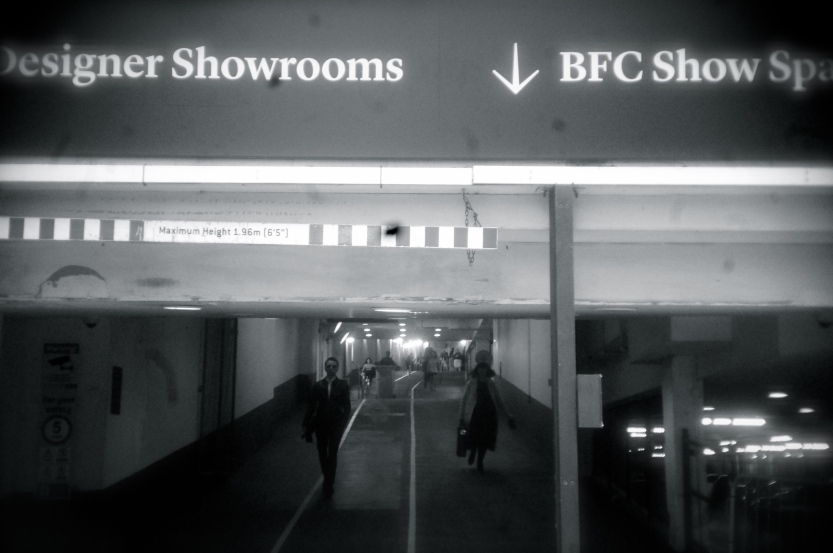 There’s more energy in the designer showrooms than I’ve ever known in the official stands.  Piers Atkinson said the same thing. 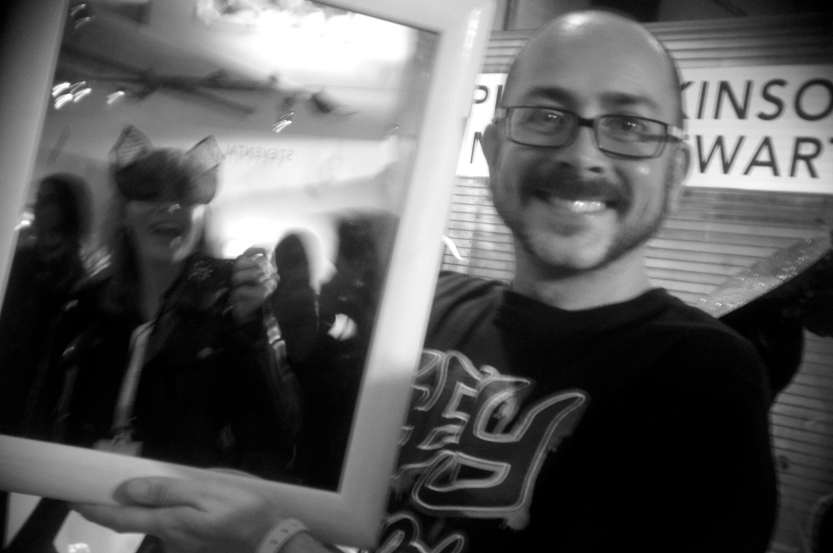 I made this 12 second film about the Fyodor Golan show:

The major thing in this video is what’s going on in the head of Laurie Long Legs.

AN ASIDE:  Laury Long Legs (aka Smith) may now be stylist to the stars, living in LA – but once upon a time SHE MADE me hang about in a warehouse in South London in a bikini for X magazine, edited by the perfume writer, Tessa Williams and art directed by Mat Maitland (pictured next to me). 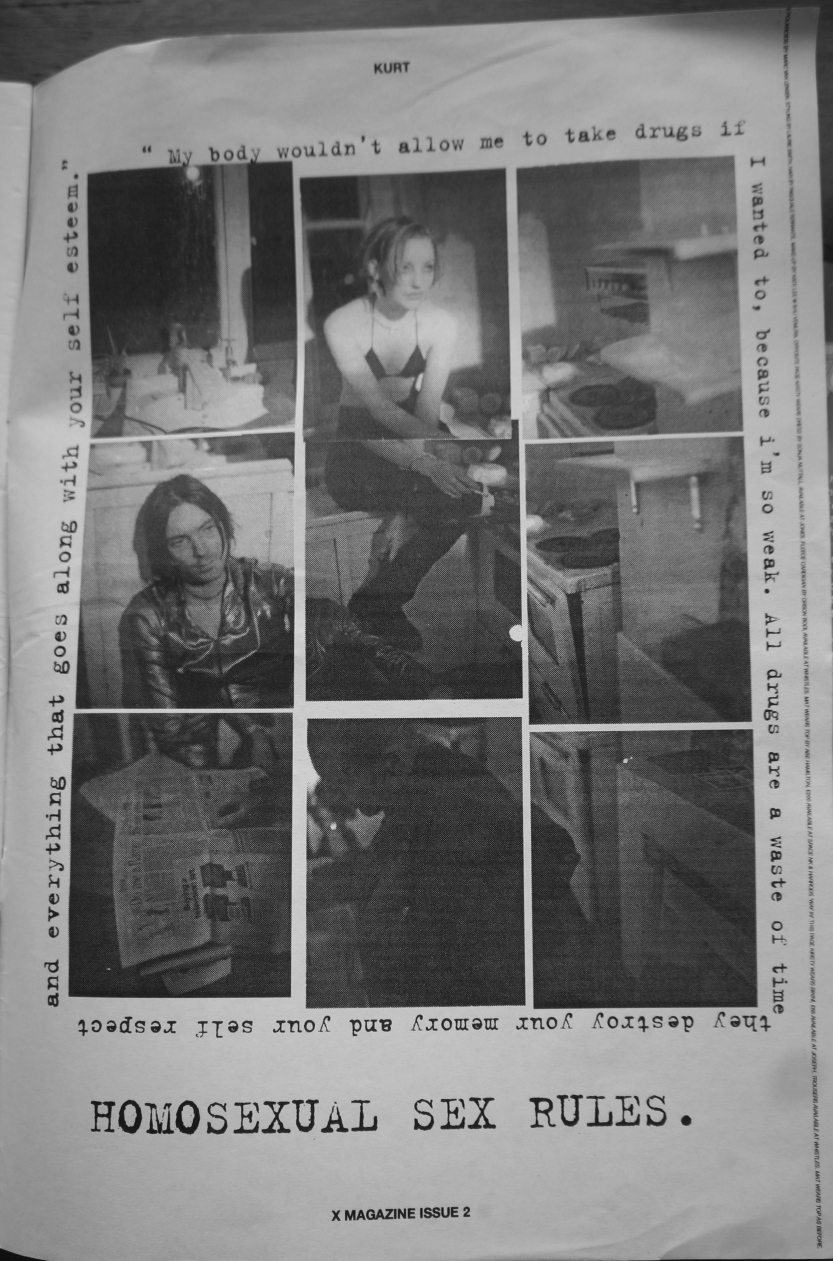 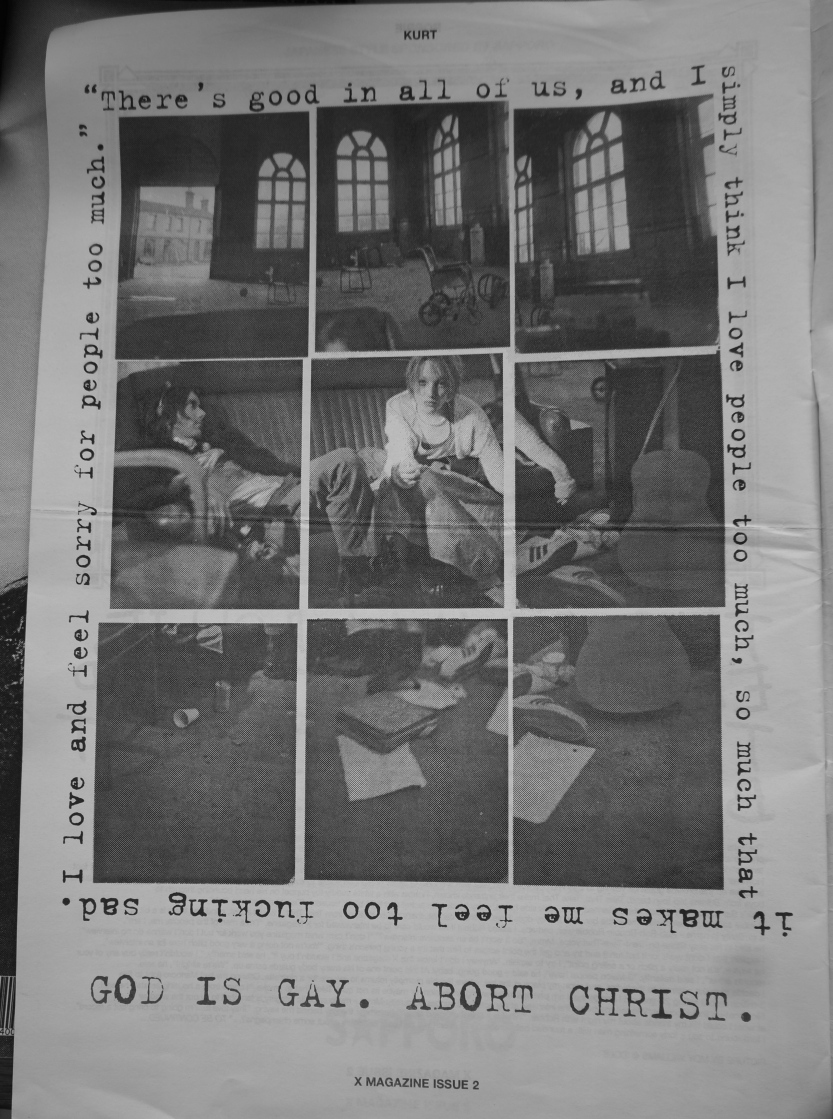 The first day of LFW had a distinctly Irish flavour – and co-incidentally we have the Irish actress Ash Sands staying – so she became my fash wife. 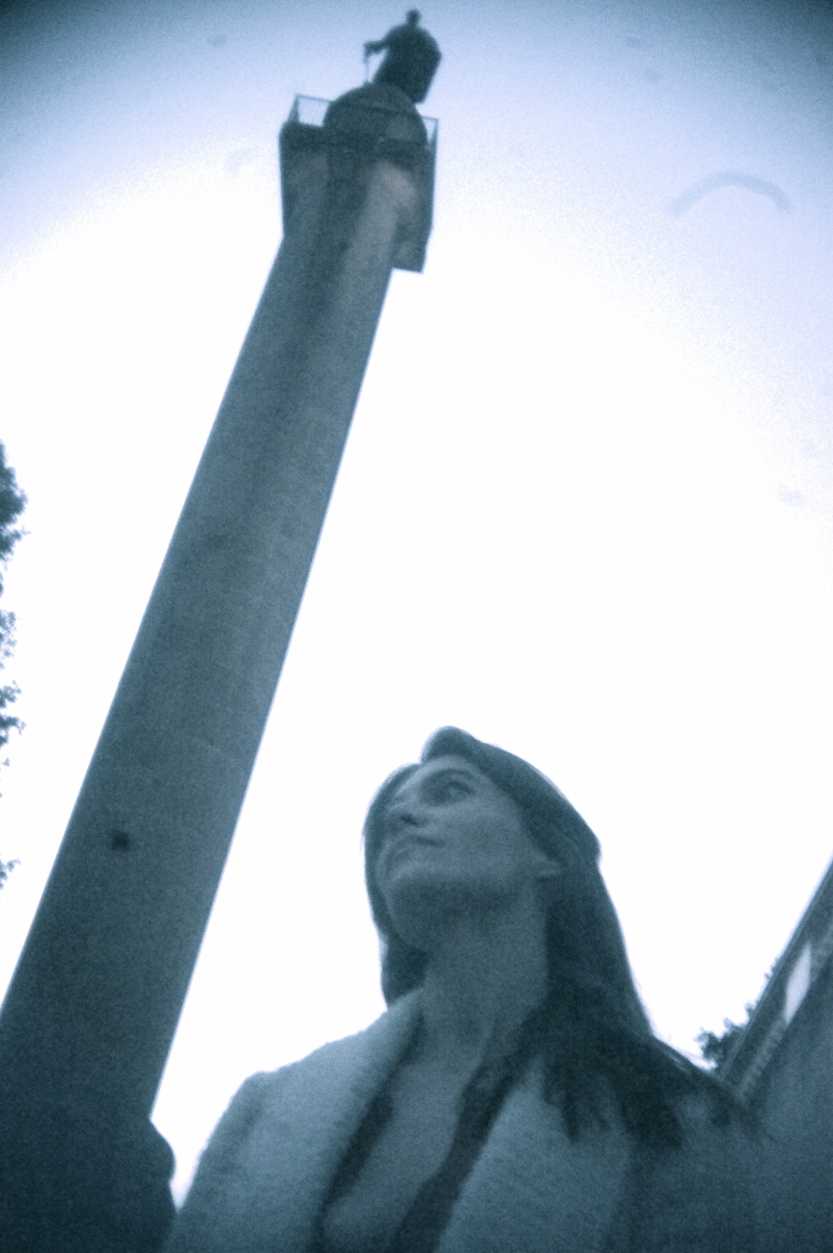 I made another a slightly longer film of that:

Marler was recommended to me by photographer Louie Banks, whom I chaired the talk for at Shoreditch House a few weeks ago. 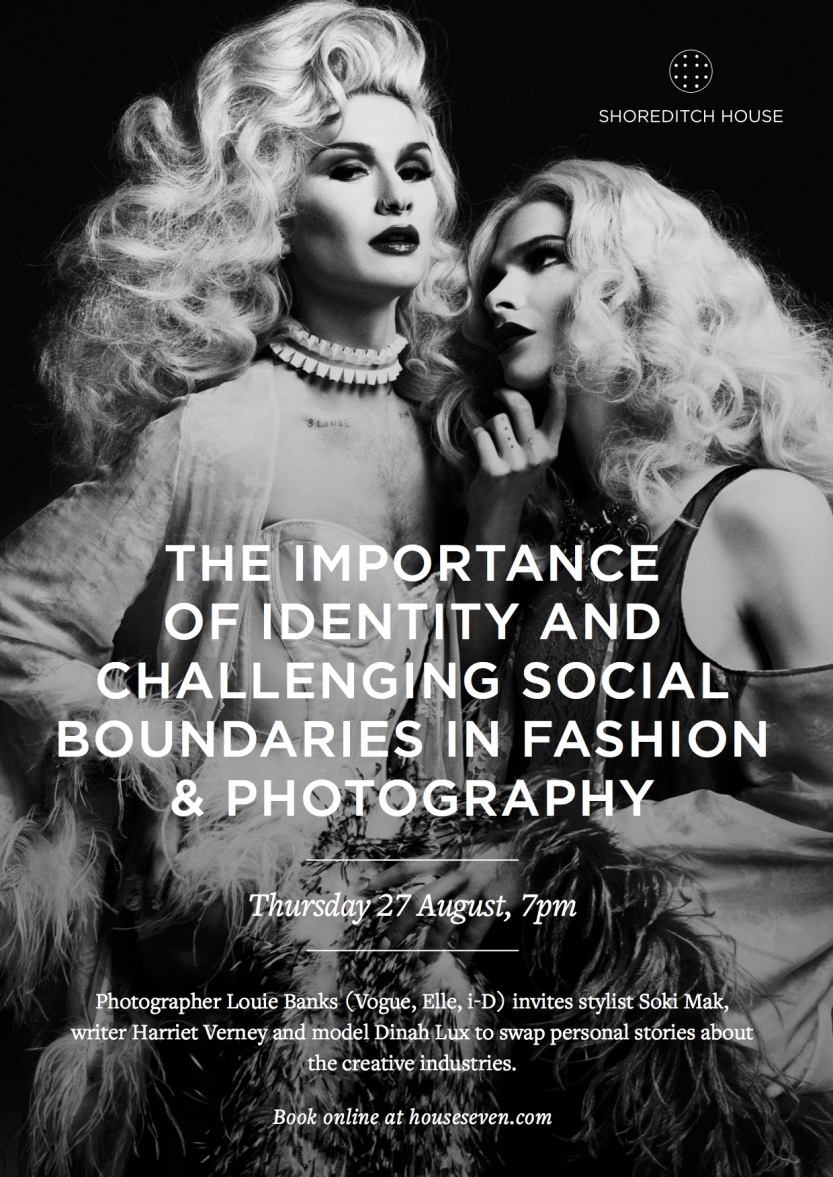 Then dived in to see the amazing make-up of Thom Walker at 100 Club’s Stupid Girl/Garbage show by Le Kilt, sponsored by Converse, Wolford and Famous Grouse. 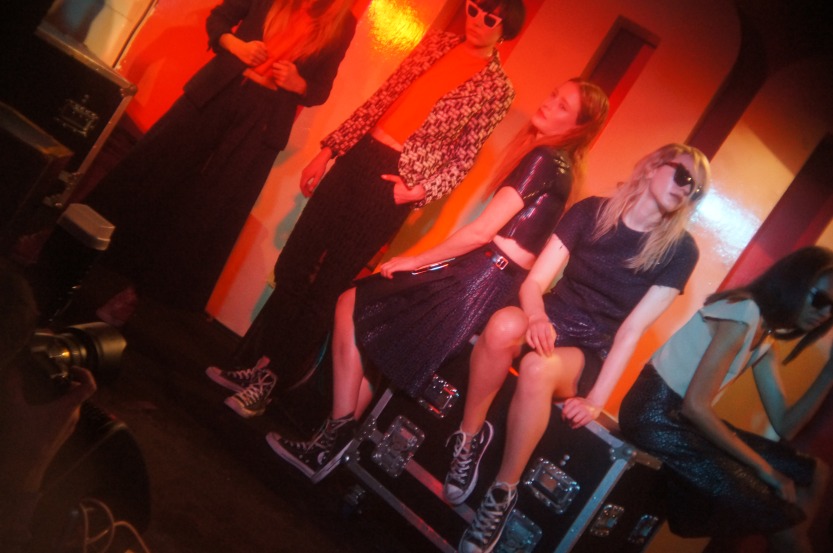 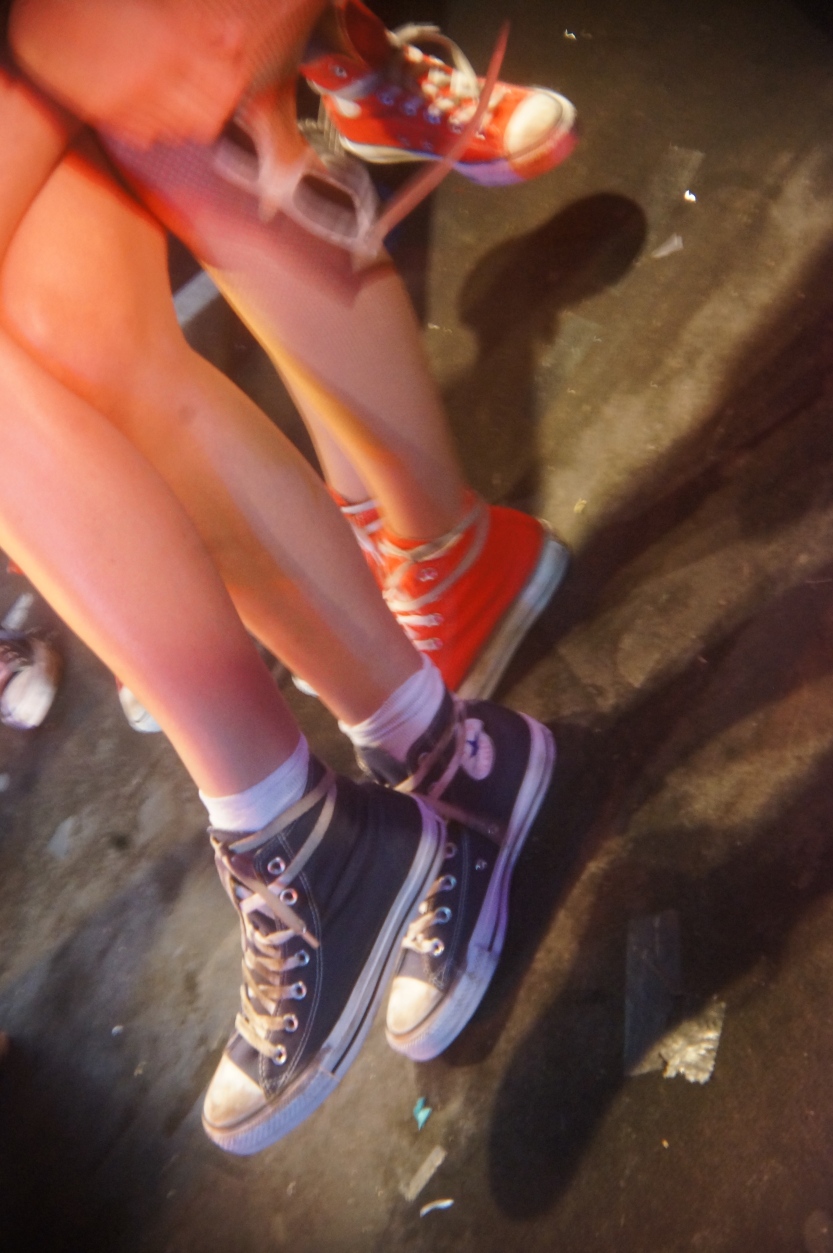 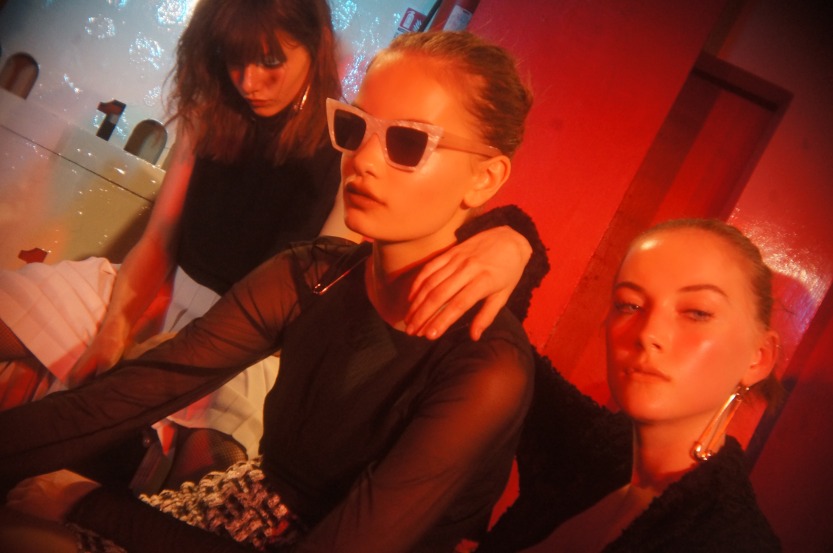 The ICA held a presentation by a selection of Irish designers – fave out of the selection: Laura Kinsella. 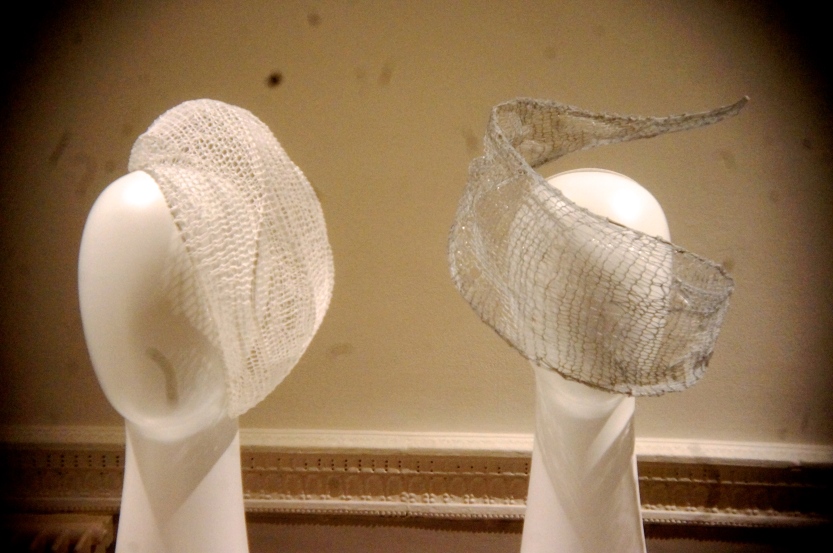 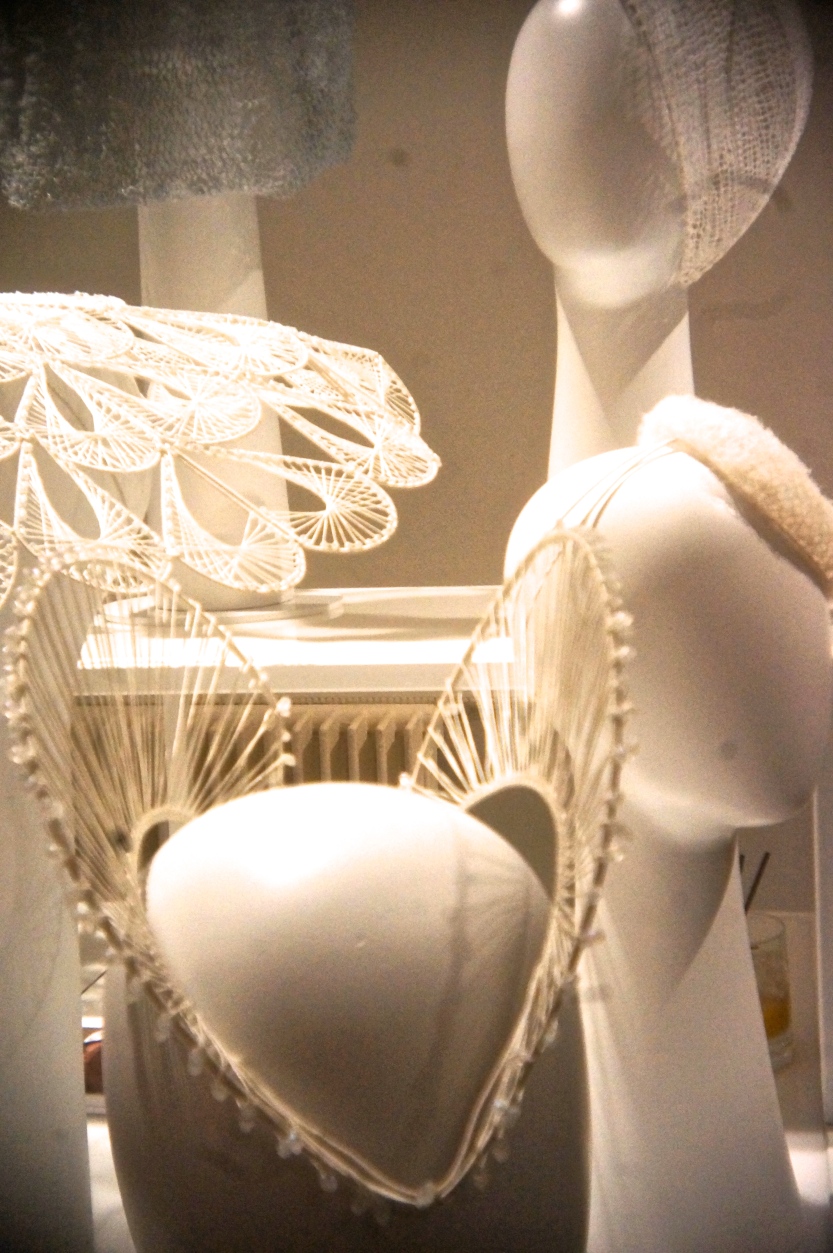 My personal highlight of the day was Dame Zandra Rhodes – she has pink hair, I have pink hair (this week).  Without pink hair, the world would be a very dull place. 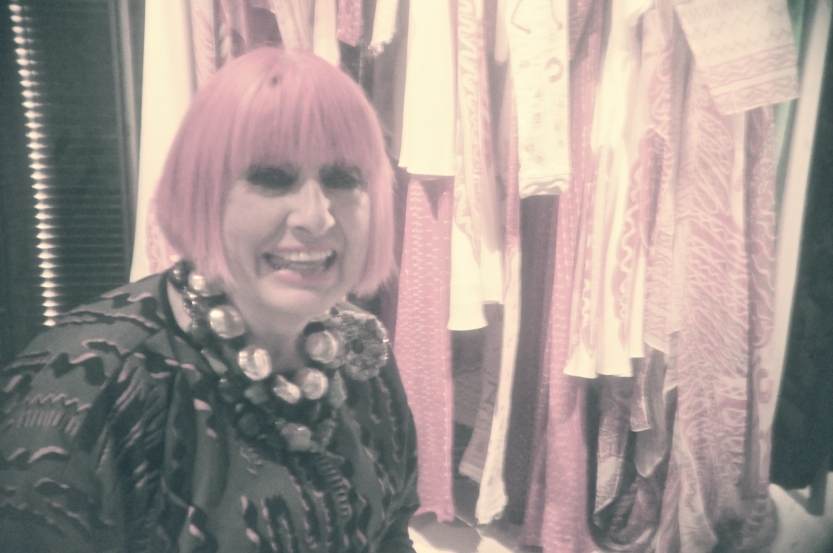 Stopped off at Gary’s Place – Arts Club East on the way home to get my membership card signed by the special calligrapher.  Good to see more pals down there. x